You are here: Home » About Us » Jack and Jill of America, Inc., San Diego Chapter History 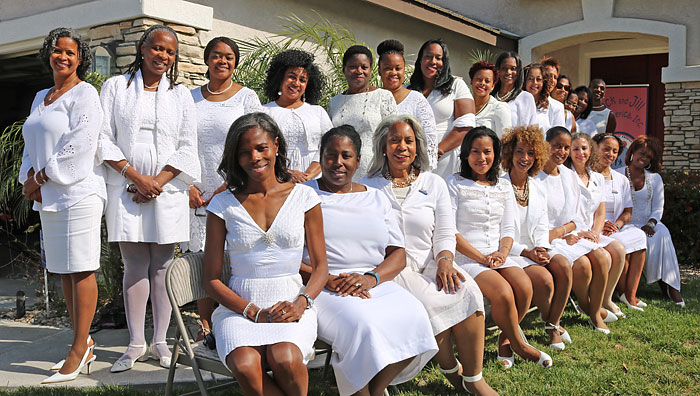 In January of 1955, the late Mrs. Voradel Carey brought a group of San Diego mothers together to learn about Jack and Jill of America, Incorporated. Mrs. Carey, a modest, respected community leader, was encouraged by the mother’s interest. She quickly organized a tea attended by Dr. Geraldine Woods, President of the Los Angeles Chapter. Through Dr. Woods, mothers learned about the national organization’s focus on promoting the spiritual, social, physical and cultural welfare of children.

Sponsored by the Los Angeles Chapter, the San Diego Chapter was installed in August of 1955 at the landmark U.S. Grant Hotel. Then National Secretary, Dr. Ruth Howard of San Francisco served as Installing Officer.

The San Diego Chapter includes nearly 30 active families including 28 children and 14 teens, and a wonderful group of active Associate Jewels. Combined with our children and our Jacks, the Chapter represents more than 100 current and future leaders whose primary residence in San Diego County south of Highway 52.

In celebration of the San Diego Chapter’s 50th Anniversary, in 2005 the Chapter hosted a Gala Celebration: “Out of Africa: Honoring Our Heritage.” Held at the Sheraton Marina San Diego Hotel, the Gala was attended by many members, Jacks, and friends from across the San Diego community.

In February of 2014, the Associates Chapter, affectionately known as ‘Pink Pearls’ was chartered in a lovely ceremony performed by National Editor Regina Page. The ceremony was held in the home of San Diego Chapter President Angela Hilliard.